How the pandemic created a new property hotspot in East Hertfordshire 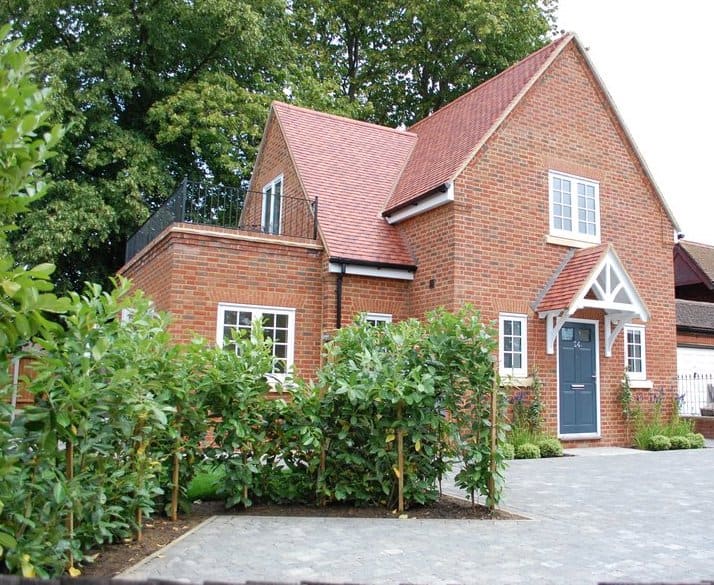 The flight from city bustle to rural seclusion has been one of the paradigm shiftstriggered by the pandemic.

But even as working from home becomes the new normal, demand for properties in suburban and rural areas around the capital has soared as people prepare for a return to the office, at least part-time.

One of the effects has been that London’s commuter belt is being stretched further eastwards.

Research by estate agency Savills, using data from TwentyCi, an analysis firm, found that the areas within commuting distance of the capital with the highest increase in demand from home buyers were to the east and north east. It compared the number of sales agreed over the period since the housing market reopened after the first lockdown with the same period in 2019.

Top was Mid Suffolk at 69pc, followed by Babergh, also in Suffolk, at 68pc, then Maldon in Essex at 63pc and East Hertfordshire at 60pc.

“Buyers would need to look much further out of London to get the same degree of value if looking south or west – to Surrey, Kent or Buckinghamshire, for example.

“Access into Liverpool Street is key to these areas, even if commutes are less frequent. A buyer survey we ran found that 83pc of people in the finance and insurance sectors [with City-based jobs] said they would be working from home more frequently.”

On the M11 corridor, Bishop’s Stortford is a 38-minute commute into Liverpool Street. Buyers, particularly from east London and Islington, are “following the train line” out in search of space and value, according to Justin Godfrey of Savills. “The area between the A10, A120, A414 and A11 has been the core patch,” he said.

Demand has been boosted by the superfast broadband that is being rolled out across pretty villages such as Much Hadham, Standon and Braughing. Buyers here typically spend £750,000 to £1m.

Bishop’s Stortford offers very good schools, including Hockerill Anglo-European College, said Martin Nash of Mullucks, an estate agency. “It was the reason a family moving from Hong Kong paid £40,000 over the £590,000 asking price this week,” he added. Two-bedroom flats in the town have been selling for £210,000 to £250,000.

Catherine Brooking of Countryside Properties, a developer, said demand for its housing schemes in the area had been stronger than for similar but more expensive homes to the west of the ­capital.

“Harlow Science Park offers job creation and a new junction of the M11 will ease access,” she said. “We are seeing a trend of extended families buying on the same devel­opment.” Prices start at £312,500 at the firm’s St Michael’s Hurst development in Bishop’s Stortford.